At the beginning of 2011, I was approached (through a teacher at college) by Antony Edmonds with a very interesting and odd request he wanted me to design a map of Worthing in 1805. Im not even a designer, let alone a cartographer! I agreed without really thinking, which was common for me back then, since I'm always keen to learn new things and can usually learn on the job if I need to.

The task was to produce a print-quality map of 1805, based on maps from other years (I forget the exact years). Antony originally presumed that I could just scan in one of the maps and add the features (roads and buildings etc.) that were not on the original map, of course this would have been harder to do than make the map from scratch so that is what I did. I used Adobe Illustrator and my Wacom Intuos 4 Medium, we worked on it at college when I didn't have lessons.

The first challenge was accuracy, we had to go through old maps and articles to discover which features existed at the time Jane Austen was visiting Worthing. 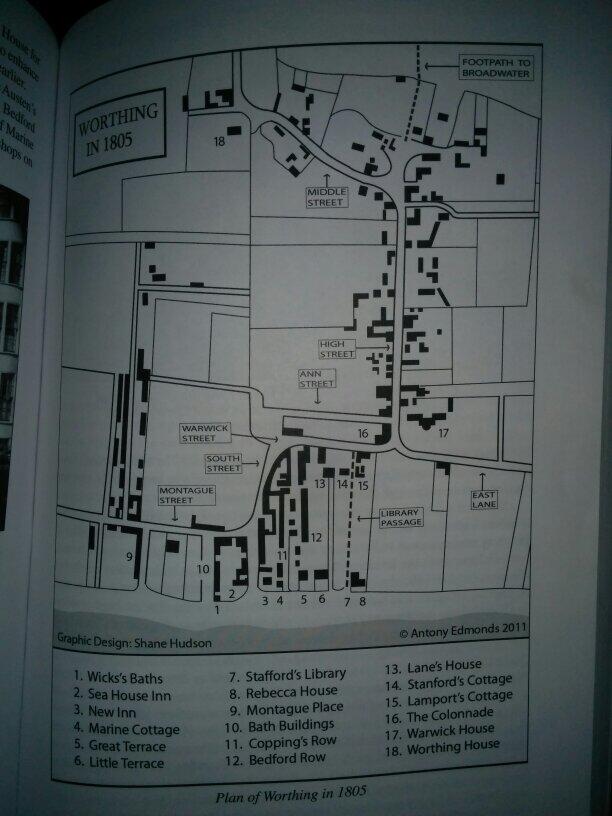